“We are in a climate emergency”.

While true, this is a very fashionable phrase at present amongst legal and political professionals. It is so often used that there is a risk that it begins to lose all meaning. A few facts worth reciting to remind us all just how real the climate emergency we face is:

None of this is new. It’s just helpful to put the words “climate emergency” in to context. Some of the ideas proposed in this paper are radical. However the challenge society faces in terms of climate change and our commitment to cut emissions of greenhouse gasses is immense. The consequence of failure is catastrophic.

At present the majority of heating in the UK is provided by gas. Gas-fired space heating accounts for around 720 terawatt hours (TWh) of energy consumption each year in the UK. Of the 25 million homes in the UK, over 23 million have a gas supply for heating[5]. Heating contributes approximately 30% of the UK’s total greenhouse emissions[6]. Heating is a huge part of our national climate change discussion. This has a huge environmental impact.

Heat networks are a series of pipes that transport heat from a central source and deliver it to a variety of different customers including businesses and homes.

Heat networks provide a unique opportunity to move away from gas and to utilise low-cost renewable and recovered heat sources at scale. Heat networks currently supply around 1% of buildings heat demand[7].

The Fundamental Problem with Heat Networks

Many local authorities and others across the UK are setting up district heating networks. However the initial start up costs and capital investment is significant. This is particularly the case when projects face huge demand risk and uncertainty. We have worked with many local authorities on district heating schemes and (even where public sector buildings provide significant baseload demand) the business case is frequently marginal. In the majority of cases it is certainly too marginal to attract low cost private capital which would facilitate major construction and the cheapest cost of energy for customers. Heat networks tend to work best when everyone joins in. Given customer choice this is unlikely to happen. There are any number of reasons why not everyone wishes to connect to a district heat network including – a preference for the status quo.

Challenges with financing district heating projects are due to increase with the closure of RHI – a form of incentive that supports district heating schemes. While this will likely be replaced with some alternative form of support it is unlikely to be a game changer to facilitate the widespread proliferation of heat networks. Nor is it likely to facilitate investment by funds needed to allow construction at scale.

The exit from the European Union now affords public authorities wider discretion as to subsidies which could enable greater use of public funds for such projects than was previously permissible under EU rules.

The government has committed to producing a Heat Policy Roadmap to set out next steps.

All of this represents significant progress but none of this (as yet) provides the paradigm shift needed regarding heating. The fundamental problem with heat networks remains.

While customers (both domestic and business) are signing up to heat networks the incentives are not yet sufficient to increase demand and (consequently) make investing in heat networks financeable at scale.

While it may run counter to years of free market considerations in the heating sector, restricting customer choice as to whether or not to join a heat network may hold the answer.

The more customers that sign up to a heat network, the more quickly initial capital expenditure can be offset and the greater savings can be passed through to consumers in the form of lower bills.

As a result of these two policies that inhibit choice of heating method, Danish energy companies have an assured income in respect of their district heating schemes and renewable heating projects have expanded and become investable with a low cost of energy for consumers.

There is no equivalent of this law on the statute books in England (although – as noted above the gas boiler ban is a good start). While district heating schemes for tenanted new build blocks may have some level of certainty of demand, there are very limited means by which to mandate retrofit district heating. As older homes tend to be the least energy efficient and powered by gas the climate challenge remains.

Local Authorities to Lead the Way

What we set out below are seven options/approaches that local authorities do or may consider to limit demand risk and compel use of local district heating schemes (in turn making schemes more investable and cheaper for customers). Some of the approaches are commonplace. Others are more radical ideas. While some of the proposed solutions may seem unattractive it is important to go back to the context established right at the start of this article. The scale of the climate challenge is immense and radical solutions should not be ruled out.

Idea 1 – Be your Own Best Customer – Public Sector Baseload

Idea 3 – The Status Quo – Delivering Through the Planning System

All Stick and No Carrot?

Some of what is proposed above is radical (and likely not politically attractive). Depriving customers of choice runs contrary to free market principles that have governed the heating sector for generations. Further there is a question as to whether (in some cases) going so far as to criminalise a failure to sign up to a heat network is appropriate.

There is without question a place for positive incentives such as tax/business rates breaks for joining the local heat network. However the Danish case study shows that some restriction of choice (in favour of renewables) is needed.

Local authorities are already taking decisions to stray further in to inhibiting personal freedoms than ever before in the valid name of public policy. Licensing of landlords renting their property serves as a fetter on use of homes but provides certainty as to high standards of housing for tenants. Planning restrictions on new build properties preventing residents from obtaining parking permits is an encroachment on the right to own a car but is justifiable in the pursuit of clean air. Given the scale of the global climate crisis it seems reasonable to reach for radical solutions.

Mandating heat networks needs to come with consumer protections. It is often stated that heat networks are not regulated in England and Wales. That is not true – the Consumer Rights Act 2015 protects non-business customers and many schemes are signing up to voluntary regulation with the Heat Trust. However, where local authorities are to take some of the more extreme steps above greater protections will be needed.

By restricting customer choice an effective monopoly is being established. Ofgem is currently exploring how best to regulate heat networks but absent any further developments it is not impossible to imagine local authorities can also play a role as standard bearers ensuring customer protection. Where running of a heat network is outsourced via concession local authorities can establish themselves as quasi-regulatory bodies policing price and efficiency in a manner akin to Ofwat and Ofgem with other natural monopolies. Periodic reviews and price controls would be remarkably effective on a local level and may result in greater customer engagement.

It seems inescapable that the climate crisis is real and demands action in respect of heating.

In order to make district heating truly viable at scale and in a cost efficient way demand (and certainty thereof) is required. Heat networks work best when everyone joins up and it is not clear in the light of the risks faced by global climate change that opting out should be acceptable.

Local authorities have done huge amounts already in terms of establishing heat networks but we think more can be done to mandate heat networks and (in so doing) create a roadmap for long lasting change to the heating industry. Central government may well look to implement heat law type arrangements but at the moment this does not seem to be the intention. With this in mind there is gap for activist Councils to try to push the agenda. Albeit some of the more radical options set out in this paper come with significant challenge risk.

Case studies from Denmark show that nothing but compulsion will drive up usage of heat networks to the levels we need to make a meaningful environmental impact. Heat networks only work well where everyone joins up and there is a legitimate case to be made that in a time of global climate emergency (provided there are proper consumer price and quality protections) sign up to renewable heating should not be an option. While it is disconcerting to create an effective monopoly – the risks of abuse can be mitigated by effective regulation.

The more pressing risk is the climate change risk we all face and which requires urgent progress. In this regard and in terms of heat network sign up it is difficult not to draw the parallel between those advocating for heat networks and parents trying to teach their young children to act in their own best interests and eat their vegetables.

Sure they might figure it out on their own. But wouldn’t it be easier if there was nothing else on the menu[13].

[2] Ofwat – PR24 and beyond: Creating tomorrow, together

With contributions from Alastair Lewis, Anna Sidebottom and Oliver Slater. 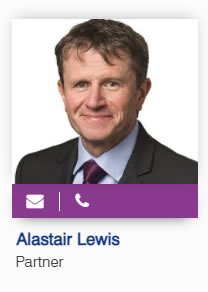 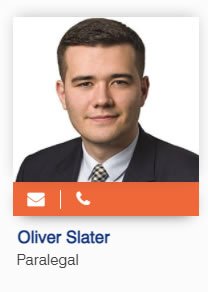 This article is for general awareness only and does not constitute legal or professional advice. The law may have changed since this page was first published. If you would like further advice and assistance in relation to any issue raised in this article, please contact us by telephone or email enquiries@sharpepritchard.co.uk 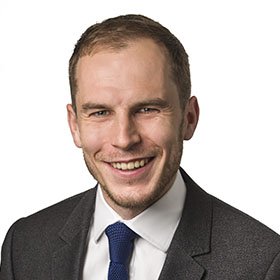